Welcome to the fourth post in our series of BAT Community-run AMAs.

The ongoing AMA series on Reddit is a six-month-long event that features various guests from the Brave and BAT teams. The goal of the series is twofold: to give fans of the project an opportunity to interact directly with team members, and to give team members—especially those who operate largely behind the scenes—a chance to share their insights and offer the community a window into their work.

The most recent AMA took place on October 4th with David Temkin, Brave’s Chief Product Officer. Over the course of the AMA, David fielded both pre-submitted and live questions from Redditors concerning a variety of topics. David hinted at a future BAT functionality that will allow sites to “sell” access to content, paid homage to the nearly microscopic “HP Veer” smartphone from his previous life at Palm, and spoke about how the team plans to grow BAT beyond Brave and more.

Highlights can be found below, with a link to the full AMA at the bottom of this post.

The next AMA will take place on Wednesday, October 17th, and will feature Yan Zhu, Brave’s Chief Information Security Officer. Yan is responsible for maintaining high standards of security and privacy across our platforms. Before joining Brave, Yan worked at Yahoo, was a technologist at the Electronic Frontier Foundation, and worked on the Tor project. In 2015, she was named one of Forbes’ 30 Under 30.

For the full list of upcoming BAT Community AMAs through January 2019, see below.

You'll be able to tip someone on Twitter and YouTube in far less than a year! This year on that. More platforms afterward…

u/dcwj: What can you say about how the interface will look for advertisers? Since advertisers are the party from where the money will primarily flow, it's important to make something they want.

I'm curious because I've worked with Google's AdWords and Facebook's Business Manager, and they're both powerful, but at the same time confusing, and could probably be done better if they weren't Google and Facebook's respective golden geese.

The other thing is Brave's "at the browser level" abilities, and I'm wondering how that will look as an interface.

For example, would I be able to say "I want to target men 20–25 years old who have visited nike.com for at least 2 minutes within the past 90 days, or have sent a message to their friends expressing interest in buying new shoes"?

The advertiser interface is underway now. It is in some ways fairly standard—from that POV it's a system for scheduling campaigns and viewing performance—but targeting is limited to segment, and we do not expose targeting capabilities that could be used to target an individual.

Just as we now support site operators, YouTube creators, and Twitch streamers, we will be adding support for more content creation platforms over time. Near-term you will see support for "tipping" Twitter users for tweets they especially like, and over the next 6-9 months, we will be adding blogging platforms, Reddit (tipping model), audio platforms, and video platforms other than YouTube.

u/Aur3l1us: Hey David! Given your experience with Mail products, what do you personally think of a potential Brave Mail product?

It's funny, a lot of people have asked me about that... there's a longstanding link between browsers and email, so some people expect such an offering. Operating an email service is a non-trivial affair, so it's not something we could take on lightly. But I think there's a lot of potential in an email product that lives up to Brave's privacy commitments.

u/call1800mixalot: How are you gonna market brave/bat to website owners and users in the future? It's a great idea and I think it has every chance of becoming really big, but how are you gonna get the word out?

We are actively working with outside agencies to develop market launch plans that will include a series of large campaigns designed to drive brand awareness and product adoption. If successful, Brave will become widely known as the new path to the new internet. One where users are put first, with their privacy protected, getting a fair share of value for their attention, with greatly increased speed and efficiency as a side benefit.

After awareness sticks, organic growth should happen naturally simply by users telling friends that there is a much better way.

We expect to instill a new thing called FOWT. The fear of wasting time.

u/geardedandbearded: What are some future plans for connecting Brave into the DApp ecosystem/cross-promoting other projects?

We see an opportunity to support DApps when we integrate an ETH wallet. The trick here is to make it dead easy for users who are new to BAT (Brave Rewards) to understand what it is without overwhelming them with too many options, multiple currencies, and so on.

u/Scoobytwo: When the BAT SDK is launched for mobile, where will ecosystem participants get to interact with their BAT? IE: A dashboard in Brave, or in the independent app that utilizes BAT? This goes for publishers and users.

Interesting question. We don't want to require that users interacting with BAT use the Brave browser—or any supplemental app— but it would be awfully nice to have an integrated, standardized way of viewing all things BAT regardless of the app container. The publisher side will take a somewhat different path, but in both cases, over time, there will be less centralization.

u/MechanoBlock: Social media link tracking in Google search results and Twitter search results are easy to usurp via code filters yet this feature has not been implemented in Brave. Why not?

It's a good feature. It's come up internally, but right now we are focused on completing our rearchitected desktop browser. Time and space limitations.

u/dauneld: Will user-consented access to on-device machine learning analysis and user data somehow be made available to plugin developers? How do you imagine such functionality rolling out?

u/Scoobytwo: Do you put more weight on Brave as a privacy browser or an ecosystem for BAT?

I view two propositions (privacy and BAT ecosystem) as integrated. Meaning, the reason for the need for the privacy browser in the first place is advertising-based surveillance without consent. The remedy for that underlying problem is not merely to block the trackers, but to supplant the underlying economic drivers that created this mess in the first place, with the BAT ecosystem—i.e., to create a new content economy that properly respects users, content creators—as well as advertisers. 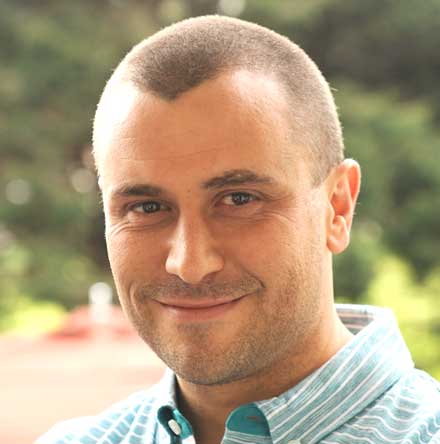 On August 16th, BAT Community hosted the first in an upcoming series of AMAs (Ask Me Anything!) with Brendan Eich in the r/BATProject subreddit.

Study finds that three in four people find privacy protected ads and the option to control the number of ads they see daily appealing.